This Western Union review walks through all the key information you need to decide if Western Union is the right service for your payment. We’ll cover the send and receive options, the fees and limits - and how to get started making Western Union payments.

Western Union is the largest money transfer company in the world. The company began back in 1851 as the New York and Mississippi Valley Printing Telegraph Company. Since then, it has evolved into a company that actively promotes its ability to move money anytime and anywhere.

What we will cover

We’re most interested in how safe it is to use Western Union, how they work and when you should use them. In this article, we’ll explore: 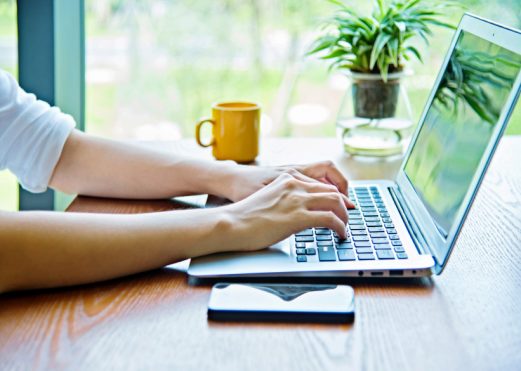 You’ll need to register with Western Union in order to use its money transfer services. To do this, you’ll need an Australian driver’s license, passport or Medicare card for identification verification purposes.

Once your profile has been created, you can lodge your currency transfers online or in person at a branch. You must supply your recipient’s full name and address, plus a credit, debit or prepaid Visa or MasterCard that has been issued by an Australian bank. Of course, you’ll also need to be over 18 years of age.

Though the availability of funds being transferred can be affected by factors such as agent location hours, funds are typically available for your recipient to pick up within minutes.

To register, you need to provide:

Once you have an account, it’s a matter of entering the details of your transaction. This includes how much money you’re sending, where you’re sending it and who will be receiving the funds. You have to provide your recipient’s bank account details and the currency you need to transfer, and you will then be offered an exchange rate quote.

You can choose to send the money straight away or lock in a rate for a future transaction. It’s then a matter of depositing funds with Western Union from your bank account, and the company will convert the money into your currency of choice and send it to your recipient.

How to make a Western Union money transfer

Western Union has a good range of options for both sending and receiving domestic and international payments. You can send money in the following ways:

When you’re arranging your payment you’ll be shown the options available for your recipient to get their money. These can vary according to the destination you’re sending to, but typically include:

Western Union payments can be made internationally and domestically. Fees vary depending on where you’re sending money, how you want to pay, and how your recipient will get the payment in the end. There’s a charge for the service you select, and there are also fees included in the exchange rate you receive if you’re sending internationally. We’ll cover this in more detail a little later.

Domestic payments within the US can be arranged online, in app, by phone or via a local agent. You can send money to a bank account or have your recipient get their payment at one of 50,000 local agents around the country. In the US you can also use Western Union to send money to inmates

How to track a Western Union money transfer?

Track your Western Union transfer online using the tracking tool on the Western Union website and app. You just need to enter your payment reference to see where it is and how long it may take to be processed.

How long does a Western Union money transfer take?

If you pay for your transfer using a card or cash, and use the Money in Minutes service, your recipient could get their money almost instantly. They can collect in cash at an agent location near them. Other services are available, and take different lengths of time to process:

How Safe Is It?

Western Union are the biggest foreign exchange company in the world. They are a public company, listed on the New York Stock Exchange. As a result, the company has a huge corporate governance team. There is too much information to cover, but you can find out more here.

How Much Does It Cost?

It depends. When you use Western Union for your currency transfer needs, the transfer fees vary, based on how much you are sending and where you need to send it.

To help you work out how much your transfer will cost, the company has a handy price estimator on its website.

For example, arranging a currency transfer of $1,000 cash to Argentina will attract a fee of $70, whereas sending $1,000 to the UK will see you charged a fee of $10. The Western Union website has a conversion calculator so you can key in the information related to your money transfer needs and work it out simply and quickly.

As well as looking at the transfer fee you’ll pay with Western Union, you’ll want to check out the available exchange rate if you’re sending money internationally. That’s because Western Union also makes money from currency exchange, by adding a markup or margin to the mid-market exchange rate. When you model your payment online you’ll see the following message:

“Western Union also makes money from currency exchange. When choosing a money transmitter, carefully compare both transfer fees and exchange rates.  Fees, foreign exchange rates, and taxes may vary by brand, channel, and location based on a number of factors.”

What this means is that Western Union buys currency on the global markets, at the mid-market exchange rate. That’s the rate you’ll get with a Google search or using a currency converter tool. However, this isn’t necessarily the rate that’s passed on to customers. Instead Western Union adds a fee to the rate - a percentage markup - which means you’re paying more for your transfer.

Adding a markup to exchange rates is extremely common among international transfer services - however, it pays to be aware so you can work out the full cost of your payment. Model your Western Union payment and check out the costs including both transfer fee and exchange rate markup so you can compare your options and see if there’s a better deal out there.

Related: How does Western Union compare to other foreign exchange services?

How Do I Send or Receive Money from Overseas?

Funding is accepted through either bank transfer or BPay. These verify the security and safety of every transaction. Once you apply for a Compass Global Markets Account, the steps for getting started are simple.

How do I send money to a Western Union agent?

Sending money in person with Western Union is easy. Here’s what you need to do:

Is it possible to transfer money online with Western Union?

If you’d rather make a Western Union transfer without leaving home, you can also arrange it online or using the Western Union app. In both cases the steps are relatively similar - and you may also find you get a better rate and lower fees by transferring money digitally instead of in person.

Here’s what you’ll need to do:

How Do I Pay with Western Union ?

You must be over 18 years of age to transfer money with Western Union. Once your profile has been created, you can lodge transfers online or in person at a branch. You’ll simply need to supply your recipients full name and address, plus a credit or debit card that has been issued by an Australian bank.

Can I Pay by Credit Card?

Yes – a handy feature is that your payment can be made using credit cards, Visa or Mastercard.

What Currencies Can I Transfer?

Western Union has more than 135 currencies available and lets you transfer funds to more than 200 countries. Be aware that some countries are excluded from the list – including North Korea and Iran.

There’s not one fixed Western Union money transfer limit. Rather, the limits in place depend on a range of factors including where you’re sending to and your history with Western Union. Things that may make a difference include:

The best way to check how much you can send is to simply model the payment you want to make online or in the Western Union app. You’ll immediately see if your payment is possible, and can also get a quote for the fees and exchange rates available

How to cancel a Western Union money transfer?

You can only cancel a Western Union transfer if it has not already been deposited or collected. It’s important only to use Western Union payments to people you know and trust, as it may not be possible to reverse the transaction and get a refund.

If your payment has not been collected or deposited, you can cancel online or in the Western Union app:

If you made your payment by phone or at an agent location, visit the agent or call the Western Union customer services to ask about reversing the transaction.